The Management of Hyperglycemic Crises in Diabetes

The mechanisms of these three processes include: reduced effective insulin concentrations and increased concentrations of counterregulatory hormones (catecholamines, cortisol, glucagon, and growth hormone) lead to hyperglycemia and ketosis.

The combination of insulin deficiency and increased counterregulatory hormones in DKA lead to the release of free fatty acids into the circulation from adipose tissue (lipolysis) and to unrestrained hepatic fatty acid oxidation in the liver to ketone bodies (β-hydroxybutyrate and acetoacetate), with resulting ketonemia and metabolic acidosis.

The pathogenesis of HHS is not as well understood as that of DKA, but a greater degree of dehydration (due to osmotic diuresis) and differences in insulin availability distinguish it from DKA. Although relative insulin deficiency is clearly present in HHS, endogenous insulin secretion (reflected by C-peptide levels) appears to be greater than in DKA, where it is negligible. Insulin levels in HHS are inadequate to facilitate glucose utilization by insulin-sensitive tissues but adequate to prevent lipolysis and subsequent ketogenesis.

Figure 1. Pathogenesis of DKA and HHS

However, an increasing number of DKA cases without precipitating cause have been reported in patients with diabetes.

The key diagnostic feature in DKA is the elevation in circulating total blood ketone concentration and hyperglycemia. If available, measurement of β-hydroxybutyrate may be useful for diagnosis. For hyperglycemia, however, a wide range of plasma glucose can be present on admission.

While HHS is characterized by severe hyperglycemia, hyperosmolality, and dehydration in the absence of significant ketoacidosis. Studies on serum osmolality and mental alteration have established a positive linear relationship between osmolality and mental obtundation. The occurrence of stupor or coma in a diabetic patient in the absence of definitive elevation of effective osmolality (≥320 mOsm/kg) demands immediate consideration of other causes of mental status change.

PS: The effective osmolality can be calculated as: [sodium ion (mEq/L) × 2 + glucose (mg/dL)/18]. For example, a given serum sodium ion concentration of 100 mEq/L, with a serum glucose concentration of 750 mg/dL, the effective osmolality should be [100 × 2 + 750/18] = 241.67 mOsm/kg. Note that the BUN/urea concentration is not taken into account becaue it is freely permeable and its accumulation dose not induce major changes in intracellular volume or osmotic gradient across the cell membrane.

Despite whole-body phosphate deficits in DKA, serum phosphate is often normal or increased at presentation. Phosphate concentration decreases with inslulin therapy. However, prospective randomized studies have failed to show any beneficial effect of phosphate replacement on the clinical outcome in DKA, and overzealous phosphate therapy can cause severe hypocalcemia. But, to avoid potential cardiac and skeletal muscle weakness and respiratory depression due to hypophosphatemia, careful phosphate replacement may sometimes be indicated in patients with cardiac dysfunction and in those with serum phosphate concentration <1.0 mg/dL. When needed, 20-30 mEq/L potassium phosphate can be added to replacement fluids. For HHS, no studies are available on the use of phosphate.

The maximal rate of phosphate replacement generally regarded as safe to treat severe hypophosphatemia is 4.5 mmol/h.

Low-dose regular insulin by intravenous infusion have demonstrated it effectiveness and benefit in the treatment of both DKA and HHS. Regular insulin should be given to patients with DKA or HHS on admission, but, for patients with significant hypokalemia on admission, insulin treatment should be delayed until patassium concentration is restored to >3.3 mEq/L. Regular insulin should be administered intravenously at a continuous dose of 0.1 U/kg/hr, with a prior IV bolus dose of 0.1 U/kg. If serum glucose dose not fall by at leaset 10% in the first hour, we should give 0.14 U/kg as IV bolus, then continue previous Rx.

Once the plasma glucose is ~ 200 mg/dL (DKA) or ~ 300 mg/dL (HHS), the rate of intravenously continuous regular insulin should be decreased to 0.02-0.05 U/kg/hr. Thereafter, the rate of insulin administration or the concentration of dextrose may need to be adjusted to maintain glucose values between 150 and 200 mg/dL in DKA or 250 and 300 mg/dL in HHS until they are resolved.

Transition to subcutaneous insulin. Once DKA or HHS is resolved, subcutaneous insulin theray can be started and continuous intravenous insulin should be allow a overlap of 1-2 h before discontinuation due to prevention recurrence of hyperglycemia or ketoacidosis during the transition period from IV insulin to SC insulin. Patients with known diabetes may be given insulin at the dosage they were receiving before the onset of DKA so long as it was controlling glucose properly. In insulin-naïve patients, a multidose insulin regimen should be started at a dose of 0.5-0.8 units · kg-1 · day-1.

Prospective randomized study failed to show either beneficial or deleterious changes in morbidity or mortality with bicarbonate therapy in DKA patients with an admission arterial pH between 6.9 and 7.1. Nine small studies in a total of 434 patients with diabetic ketoacidosis (217 treated with bicarbonate and 178 without alkali therapy) support the notion that bicarbonate therapy for DKA offers no advantage in improving cardiac or neurologic functions or in the rate of recovery of hyperglycemia and ketoacidosis. However, due to the reason that severe acidosis may lead to a numerous adverse vascular effects, it is recommended that adult patients with a pH <6.9 should receive 100 mmol sodium bicarbonate in 400mml sterile water (an isotonic solution) with 20 mEq KCl (due to that alkali therapy enhance the risk of increased potassium wasting) administered at a rate of 200 ml/h for 2 hours until the venous pH is >7.0. If the pH is still <7.0 after this is infused, it is recommended repeating infusion every 2 h unitl pH reaches >7.0.

Criteria for resolution of ketoacidosis include a blood glucose <200 mg/dL and two of the following criteria: a serum bicarbonate level ≥15 mEq/L, a venous pH >7.3, and a calculated anion gap ≤12 mEq/L (DKA belongs to elevated anion gap metabolic acidosis).

Criteria for resolution of HHS is associated with normal osmolality and regain of normal mental status.

The Management of Metabolic Alkalosis 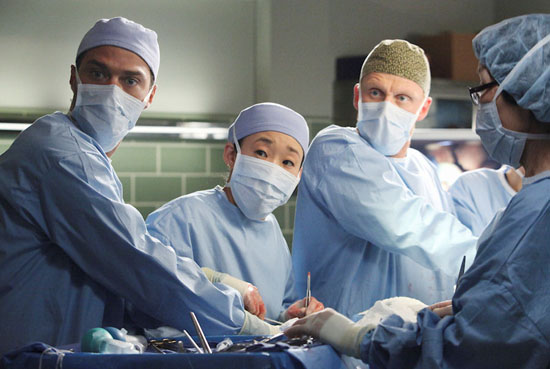 Metabolic alkalosis is a simple acid-base disorder that presents as alkalemia (increased arterial pH) with an increase in plasma bicarbonate. It is an extremely common entity in hospitalized patients with acid-base disturbances. Under normal circumstances, the kidney is readily able to excrete an alkali load.

Numerous disorders can cause metabolic alkalosis. Generally, the generation of metabolic alkalosis can result from excessive losses of hydrogen ion from the kidneys or stomach or from a gain secondary to the ingestion or administration of bicarbonate-rich fluids.

Second, diuretic agent acting on the thick ascending limb of the loop of Henle and distal convoluted tubule, have most commonly been associated with the generation of metabolic alkalosis. These agents promote the exretion of sodium and potassium almost exclusively in association with chloride, without a proportionate increase in bicarbonate, which results in hydrogen ion secretion, renal ammoniagenesis (due to kypokalemia)and secondary hyperaldosteronism, all further augmenting acid excretion.

Fourth, metabolic alkalosis can also be generated by the gain of exogenous alkali. This can be seen as a result of bicarbonate administration or from the infusion of organic anions that are metabolized to bicarbonate, such as acetate, and citrate.

Several mechanisms can impair renal bicarbonate excretion and contribute to the maintenance phase of metabolic alkalosis. In general, these mechanisms can be divided into volume-mediated processes (sodium chloride-responsive) and volume-independent processes (sodium chloride-resistant) that are predominantly associated with excess mineralocorticoid activity and hypokalemia.

1. Under the circumstance of intravascular volume depletion the GFR (glomerular filtration rate) is reduced, as a result reduces the filtered load of bicarbonate at any given serum concentration, thereby decreasing the kidney’s ability to excrete a bicarbonate load.

2. Decreased effective arterial blood volume also enhances proximal and distal tubular sodium reabsorption, which the accompaning reabsorption of an anion like chloride or bicarbonate, or exchange with a cation, like potassium or hydrogen, increases to maintain charge neutrality.

2. Comare [HCO3–] on ABG and electrolytes to verify accuracy.

For uncomplicated metabolic alkalosis, the Paco2 increases 6 to 7 mm Hg for each 10-mEq/L increase in bicarbonate, up to a Paco2 of approximately 50 to 60 mm Hg before hypoxia sensors react to prevent further hypoventilation.

The Management of Metabolic Alkalosis

For chloride-responsive metabolic alkalosis the initially therapy is directed at expanding intravascular volume and replenishing chloride stores. Sodium and potassium chloride-containing solutions should be administered to patients who can tolerate the volume load. Patients with metabolic alkalosis who are volume overloaded or intolerant to volume administration because of congestive heart failure can benefit from the carbonic anhydrase inhibitor acetazolamide.

Agents targeting metabolic alkalosis including hydrochloric acid, ammonium chloride, and arginine monohydrochloride etc, which can be used to treat severe symptomatic metabolic alkalosis (pH >7.6). However, in general, this management is reserved for patients who are unresponsive to conventional fluid and electrolyte management or who are unable to tolerate the requisite volume load because of decompensated congestive heart failure or advanced renal failure. Alternatively, hymodialysis using a low-bicarbonate dialysate can be used for the rapid correction of metabolic alkalosis.

The dose of hydrochloric acid can be calculated based on an estimate of the total body chloride deficit:

The dose of ammonium chloride can be calculated based on an estimate of the total body chloride deficit too, like:

However, only one half of the calculated dose of ammonium chloride should be administered so as to avoid ammonia toxicity.

The management of chloride-resistant metabolic alkalosis usually consists of treatment of the underlying cause of the mineralocorticoid excess.

For life-threatening acute metabolic acidosis (plasma bicarbonate of 8 mEq/L and pH <7.20) often requires intravenous alkali therapy. Although conventional wisdom recommends the use of alkali replacement in patients with severe acidemia because of the deleterious effects of acidemia on circulatory function, studies have not demonstrated that its administration improves patient outcomes.

Table 1. Patients likely to Benefit or Be Harmed from Alkalinizing Therapy

2. Comare [HCO3–] on ABG and electrolytes to verify accuracy.

For uncomplicated metabolic acidosis, the anticipated Paco2 associated with a given bicarbonate concentration can be calculated as:

If intravenous sodium bicarbonate is used, one must be mindful that the goals are to increase, not normalize, pH (to approximately 7.20) and plasma bicarbonate (to 8-10 mEq/L).

There is no calculative method that will assure attainment of these goals with a given dose of sodium bicarbonate. However, the total dose could be calculated as follows:

*Desired [HCO3-] should be 8-10 mEq/L and Vd is 0.5 L/kg. It is recommended that the dose of sodium bicarbonate be calculated using a distribution volume of 50% of body weight for all patients to avoid overtreatment because:

Excessive sodium bicarbonate administration can result in (1) a shift of the oxyhemoglobin saturation curve to the left thereby impairing oxygen release from hemoglobin to tissue; (2) sodium and water overload, with subsequent pulmonary congestion and hypernatremia; (3) paradoxical tissue acidosis as a result of the production of CO2 that freely diffuses into myocardial and cerebral cells; and (4) decreased ionized calcium with a resultant decrease in myocardial contractility.

The total dose of sodium bicarbonate should be administered as an infusion over one-half to several hours. Follow-up monitoring of arterial blood gases, beginning no sonner than 30 minutes after the end of the infusion, should be used to guide further therapeutic decisions.