In this article the author disscuss several oral anti-diabetes drugs, including:

I reviewed my pharmacology textbooks (a very old version) and found there were only four types of oral anti-diabetes drugs. They are Biguanides, Sulfonylureas, and α-glucosidase inhibitor. I searched on Medscape for the other types of oral anti-diabetes drug and what I found nothing. So I tried to serach on WebMD and Medscape for “Meglitinides” “Thiazolidinediones” “Dipeptidyl Peptidase-4 [DPP-4] inhibitors” “Glucagon-like Peptide-1 [GLP-1] Receptor Antagonists“. Note: It should be Agonists here 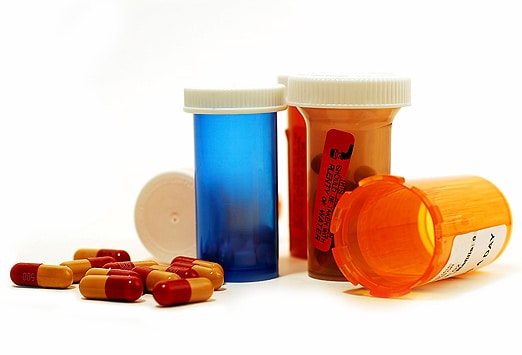 Here is what I found on WebMD and Medscape:

Meglitinides includes Nateglinide and Repaglinide. Meglitinides works via increasing the amount of insulin produced by the pancreas. It’s similar to the way sulfonylureas works.

Dipeptidyl Peptidase-4 [DPP-4] inhibitors includes Saxagliptin and Sitagliptin. They work via helping your body make more insulin after a meal. They also reduce blood sugar your body makes. They can make these effects by increasing and prolonging incretin hormone activity which are inactivated by DPP-4 enzyme.

About Glucagon-like Peptide-1 [GLP-1] Receptor Antagonists, Note: It should be Agonists here there are some different opinions on internet. So I do not post the information about GLP-1 Receptor Antagonists. Maybe one key word was typed mistakenly. I have sent tweets to my friend for confirming.

Metformin should be the initial drug for most patients with type 2 diabetes refractory to lifestyle modifications, with a second drug added if needed, according to a new clinical practice guideline from the American College of Physicians (ACP), published online February 6 in the Annals of Internal Medicine.

The new recommendations are based on a systematic evidence review and comparative efficacy analysis of oral medications approved by the US Food and Drug Administration for the treatment of type 2 diabetes (metformin, sulfonylureas, meglitinides, thiazolidinediones, dipeptidyl peptidase-4 [DPP-4] inhibitors, and glucagon-like peptide-1 [GLP-1] receptor antagonists).

“We found that most diabetes medications reduced blood sugar levels to a similar degree,” lead author Amir Qaseem, MD, FACP, PhD, MHA, director of clinical policy at the ACP, said in a news release. “However, metformin is more effective compared to other type 2 diabetes drugs in reducing blood sugar levels when used alone and in combination with other drugs. In addition, metformin reduces body weight and improves cholesterol profiles.”

The guideline authors searched MEDLINE (updated through December 2010), EMBASE, and the Cochrane Central Register of Controlled Trials for trials that compared diabetes drugs head-to-head and were published in English-language journals between 1966 and April 2010. The researchers assessed clinical outcomes including death from any cause, cardiovascular disease and death, cerebrovascular morbidity, neuropathy, nephropathy, and retinopathy. The ACP clinical practice guidelines grading system allowed grading of the recommendations and underlying evidence.

Specific recommendations in the new guidelines are:

Evidence was insufficient regarding any efficacy difference among various medications across subgroups of adults based on age, sex, or race.

The ACP recommended generic metformin because of its better efficacy and fewer adverse effects than most other available medications, lack of associated weight gain, and lower cost.

“It was difficult to draw conclusions about the comparative effectiveness of type 2 diabetes medications on all-cause and cardiovascular mortality, cardiovascular and cerebrovascular morbidity, and microvascular outcomes because of low-quality or insufficient evidence,” the guideline authors write.

The ACP also has produced a summary of the guideline for patients.

Financial support for the development of this guideline came exclusively from the ACP operating budget. One author has disclosed that he has been a consultant for ECRI; has received grants from the Agency for Healthcare Research and Quality, the US Department of Veterans Affairs, and the Centers for Medicare and Medicaid Services; and is an employee of the US Department of Veterans Affairs. The other authors have disclosed no relevant financial relationships.

Updates on Sep 29th 2013 original from American Diabetes Association (ADA) at Standards of Medical Care in Diabetes 2012. Note that the table of drugs below has been removed from the latest ADA diabetes guideline (2013 version).